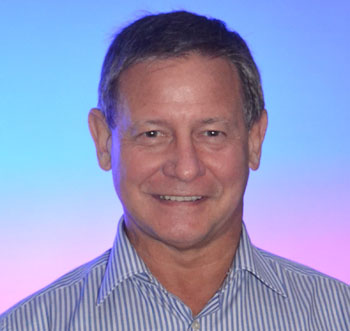 Chembio has brought on board Robert Passas, Ph.D., as its President, EMEA and APAC regions, and promoted Sharon Klugewicz from the company’s Chief Operating Officer to President, Americas region. Dr. Passas will be responsible for the company’s commercial operations in Europe, Middle East, Africa, and Asia, while Ms. Klugewicz will be responsible for sales, marketing, customer support, clinical and regulatory affairs, and quality systems in the Americas. She will be tasked with leading the U.S. commercial team and expanding commercial operations throughout Latin America, the U.S. and Canada.

Dr. Passas, who holds a B.S. in medical biochemistry and a Ph.D. in analytical chemistry from the University of Surrey, U.K., has over 25 years of experience in general management and commercial operations in the field of clinical diagnostics. He has previously been with Abbott, Quidel, The Binding Site, and most recently Trinity Biotech, where he was responsible for worldwide marketing and international sales.

Chembio CEO John Sperzel commented, "We are delighted to add someone of Bob's caliber to our commercial leadership team at a time when our product portfolio is expanding beyond sexually transmitted disease, to include future POC tests for fever and tropical diseases such as Malaria, Dengue, Zika, Chikungunya, Ebola, Lassa and Marburg. He has significant industry experience in commercial operations, having worked for several of the world's leading diagnostic companies, and a track record of building highly effective worldwide sales and marketing teams. We expect Bob to make an immediate impact by creating the framework for commercial success throughout the EMEA and APAC regions."

Ms. Klugewicz, who has received a B.S. in Neurobiology from Stony Brook University and a M.S. in Biochemistry from Adelphi University, joined Chembio in 2012 after working for 20 years at Pall Corporation, where she was Senior Vice President, Scientific and Laboratory Services.

Mr. Sperzel further commented, "Since joining Chembio, Sharon has established a track record of success in a number of areas, including manufacturing, product development, regulatory affairs, and quality systems. I've had the pleasure of working closely with her since 2014, and she has demonstrated the right combination of skills, knowledge and attributes to assume the leadership of commercial operations in the Americas region."

Chembio develops, manufactures and commercializes diagnostic solutions and products for the rapid and early detection of HIV and syphilis at the point of care. It has products on the market in over 40 countries and seeks to develop new products to enable early and improved treatment of malaria, Ebola, febrile illness, dengue fever and influenza.