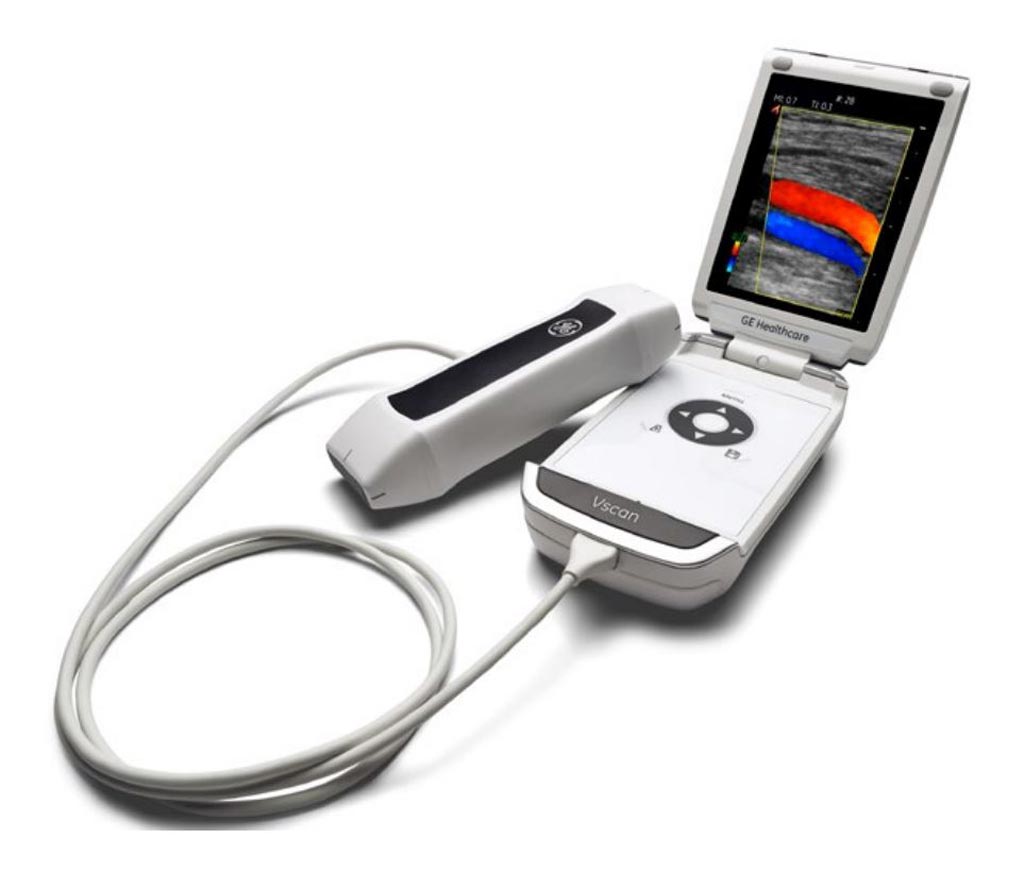 These are the latest findings of Future Market Insights (Valley Cottage, NY, USA), a market intelligence and consulting firm.

Some of the key growth drivers of the global handheld ultrasound scanners market are technological advancements, innovations and developments in medical imaging devices and ultrasound scanning, increasing use of handheld ultrasound scanners in emergency medical services, rising healthcare expenditure, changing healthcare pattern, and rising prevalence of chronic disorders. The market growth is also being fueled by increasing number of medical device manufacturers, rising product penetration due to the adoption of distribution and licensing agreements by various players, benefits of international trade agreements, higher imports of imaging diagnostics systems, and rising focus of healthcare companies on inorganic growth. However, limited R&D in some areas, rising consumption tax, shortage of skilled professionals, non-standardized product pricing and sale of counterfeit medical devices are likely to act as constraints to the growth of the global handheld ultrasound scanners market.

By region, North America is expected to dominate the global handheld ultrasound scanners market and is projected to grow at the highest CAGR of 9.5% throughout the forecast period to surpass USD 330 million by the end of 2027. The diagnostic centers segment is expected to be the fastest growing segment in North America, followed by the hospitals segment. In Western Europe, the hospitals segment leads the market and is projected to achieve a market valuation of USD 48.3 million by 2027 end. After North America, Asia Pacific (excluding Japan), is expected to achieve the second-highest market valuation during 2017-2027, surpassing even the Western and Eastern European regions. Japan is projected to record the second-highest growth rate in the coming years owing to favorable government regulations and increased developments in its healthcare domain. The hospitals segment is growing at the fastest pace in Japan as compared to other regions, with a projected CAGR of 9.9% during 2017-2027. However, the adoption of handheld ultrasound scanners in hospitals, ASCs and diagnostic centers is comparatively lower in the Middle East and Africa region, resulting in lower revenues from the region by 2027.

GE Healthcare and Medtronic Collaborate to Improve Product Access for ASCs and OBLs
GE Healthcare (Chicago, IL, USA) and Medtronic (Doral, FL, USA) have entered into a collaboration focused on the unique needs and demand for care at Ambulatory Surgery Centers (ASCs) and Office Based Labs (OBLs) that will allow customers to access extensive product portfolios, financial solutions, and exceptional service.
Read More
GE Healthcare Completes Acquisition of BK Medical to Expand Its Ultrasound Business
GE Healthcare (Chicago, IL, USA) has completed its previously announced acquisition of BK Medical (Peabody, MA, USA; www.bkmedical.com) in a deal that would expand its ultrasound business from diagnostics into surgical and therapeutic interventions.
Read More
GE Healthcare to be Spun Off in 2023 to Create Pure-Play Company at Center of Precision Health
General Electric (GE; Boston, MA, USA) plans to pursue a tax-free spin-off of GE Healthcare, creating a pure-play company at the center of precision health in early 2023.
Read More
GE Healthcare Acquires BK Medical to Expand Ultrasound Portfolio into Surgical Visualization
GE Healthcare (Chicago, IL, USA) has entered into an agreement to acquire BK Medical (Peabody, MA, USA) in a deal that is expected to create value by further strengthening BK, including through significant synergies with the benefit of GE’s technology and commercial scale.
Read More
GE Healthcare Backs Development of Innovative Total-Body PET/CT Scanner for Simultaneous Whole-Body Imaging
GE Healthcare (Chicago, IL, USA) is backing a collaboration among Quibim (Valenciana, Spain), Full Body Insight, and Oncovision (Valenciana, Spain) to build an innovative total-body PET/CT scanner for simultaneous whole-body imaging.
Read More
Study Finds Most Healthcare Institutions Plan to Use AI and Develop Own AI Algorithm
A new study of healthcare professionals has revealed that Artificial Intelligence (AI) is widely expected to drive important benefits across the health system, from increasing efficiency to improving patient outcomes, but may also be the key to making healthcare more human. AI’s benefits range from increasing the amount of time clinicians can spend with patients and on cross-care team collaboration to enhancing the ability to deliver preventative care.
Read More
GE Healthcare and Affibody Collaborate to Develop PET Imaging Tracers
GE Healthcare and Affibody AB have entered into a strategic collaboration to develop and commercialize Affibody-based PET imaging tracers, with initial focus on HER2 and PD-L1.