Canon Medical Systems Corporation, along with Kumamoto University and the University of Bordeaux, has initiated collaborative research on the application of Deep Learning Reconstruction (DLR), an Artificial Intelligence (AI)-based technology in magnetic resonance (MR) imaging. 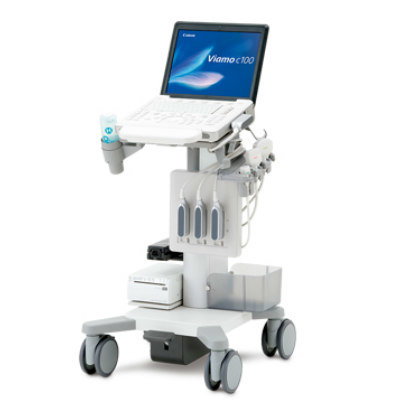 The Viamo c100 compact ultrasound system goes from standby to ready in eight seconds, allowing the exams to be started instantaneously to enable a fast response in critical situations. Its battery life of up to two hours enables high quality patient care in any location and its monitor automatically adjusts brightness to its environment, optimizing visibility at all times.

Send A Message To This Supplier