The MAGLUMI SARS-CoV-2 S-RBD IgG is designed for the quantitative detection of antibodies to the receptor-binding domain of the S protein and has 99.6% specificity and 100% sensitivity at 15 days post-onset of symptom for COVID-19, which can provide more accurate and reasonable results. The test can be run on MAGLUMI CLIA systems, including the MAGLUMI X8 immunoassay analyzer, and provides results within 30 minutes using only 10uL sample volume.
More details

30 Aug 2014
On July 29 to July 31, SNIBE attended the 2014 AACC Annual meeting & Clinical Expo, with its 72 square meters booth, which is a new record in SNIBE’s history. The 2014 AACC was held in Chicago, Illinois, the Great Lakes region, with more than 700 exhibitors and 2,000 booths. SNIBE attended this global event which strongly influences north and Latin American with its newest booth design. SNIBE focused on showcasing the newest model of MAGLUMI CLIA family, MAGLUMI 800, which will come into the market at the end of this year. MAGLUMI 800 attracted all the new and old customers’ attentions. Most of them came forward to ask the details of MAGLUMI800 carefully. In addition to the agents and end-customers, the local US laboratories also had a deep impression on our comprehensive reagents menu and diverse analyzers and said they are looking forward to our MAGLUMI series. For our FDA certificate is well underway, we believe that before long we will enter the world's largest diagnostics market to service US customers. Not only customers, the peer companies’ visit to our booth also reflected that the influence of SNIBE was enhanced. For example, the stuff from ABBOTT, whose headquarter is situated in Illinois, came to our booth to learn about our products and technologies, and discuss the possibilities of potential cooperation relationship. 2015, see you in Atlanta.

SNIBE has participated in the 69th CMEF (Shenzhen)

06 May 2013
The 69th China International Medical Equipment Fair (CMEF) was held in Shenzhen from 17th-20th April 2013, which has experienced 34 years. Due to its continuous innovation, self-improvement, it has become the most influential in the medical industry "cloud" platform. According to communication and display in the exhibition, it provides widely, convenient and high quality business service for the majority of exhibitors and professional audience. SNIBE has displayed all series of products, among which, Maglumi series and IBE 6000 in the exhibition. During CMEF, as an outstanding representative of the IVD industry, SNIBE presented advanced technologies of over 18 years’ experience in Chemiluminescence Immunoassay (CLIA) system. All of these products attracted numerous medical professionals. SNIBE has been dedicated to R&D in the field of CLIA all the time and is constantly expanding the market, looking forward to becoming the major supplier of CLIA solution in the world step by step.

22 Jan 2013
Shenzhen New Industries Biomedical Engineering (Snibe), the most professional supplier of Chemiluminescence Immunoassay (CLIA) system in China, has participated in MEDICA 2012 from 14th to 17th in November in Dusseldorf, Germany. Snibe presented new products, Maglumi 600 (180 tests/hour, compact design) and Maglumi 4000 (280 tests/hour) during MEDICA. These 2 new models will further enlarge the products portfolio of Maglumi series and offer more options to clinic laboratories, health care centres, hospitals and etc. Snibe honored the distributors in Spain, Italy, Tunisia and Nepal in recognition of their outstanding performance in 2012.

NII, the dominant share holder, invested Snibe in 1995，is famous in the field of venture capital investment and investment bank , which has invested and managed a lot of companies in scope of optical electric, optical communication, medical technology, biological engineering, environmental protection and so forth, as well as securities, insurance, and trust service, experiences richly in capital investment and management.

May 17 - 20, 2016
As a diamond sponsor, Snibe attends JNBC 2016 ( Journées Nationales de Biologie Clinique ) held by STBC ( La Société Tunisienne de Biologie Clinique ) at l’Hôtel LE ROYAL à Yasmine Hammamet, Tunisie. JNBC lasts three days from 12th to 14th May 2016, and you are warmly welcome to visit us at stand 1.2 and 3. STBC is the most professional lab exposition in Tunisia. Laboratories, public or private, big and small, attends this exhibition from all over Tunisia. Among them, 60% are technicians, 30% are biologists. Snibe exhibits the innovative chemiluminescence immunoassay (CLIA) System Maglumi 600 and Maglumi 1000 toghther with local partner Delta Distribution at a 118 ㎡ well-drcorated eye-catching diamond booth. With the latest technology in immunoassay, 6 models of the instruments meet different requirements of the end users and more than 120 parameters are available. Supported by the local partner, Snibe Chemiluminescence Immunoassay (CLIA) System has already served many customers with good quality in Tunisia. Focused on IVD market for more than 20 years, Snibe believe Maglumi immunoassay system will give much more support to the public healthcare in the future. Snibe, Chemiluminescence Immunoassay Focused Manufacturer in Shenzhen, China. 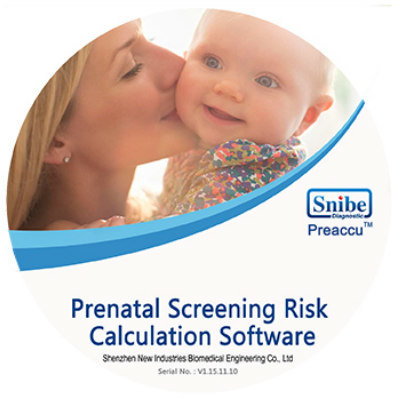 
Send A Message To This Supplier