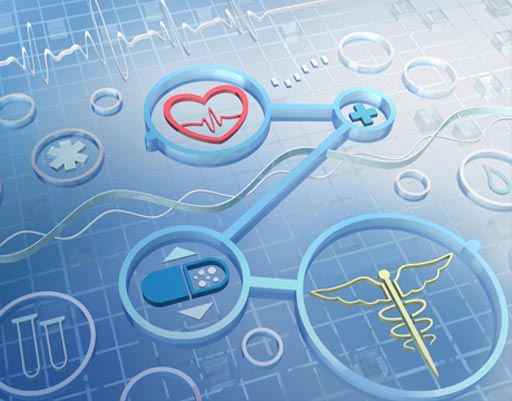 A partnership between GE Healthcare and Advanced Technology Company (ATC) has been appointed as the key medical technology provider for five new hospitals of Kuwait’s Ministry of Health as part of its strategic healthcare infrastructure modernization plan.

Over the next three years, the Government of Kuwait will invest billions of dollars towards the construction of nine hospitals for overhauling the region’s healthcare sector, as part of its over USD 102.9 billion Kuwait Development Plan (KDP), resulting in the addition of more than 3,334 hospital beds to the country.

The overhaul will help Kuwait to address the growing incidence of lifestyle-related diseases, such as cardiovascular, diabetes, and cancer in the region. It will also allow specialized treatments to be provided to the local and expatriate population numbering over four million, thus helping it to lower the national healthcare bill by reducing the number of outbound medical tourists. In addition to focusing on more effective and earlier diagnosis, the Ministry of Health is targeting preventative health measures, encouraging better lifestyle choices, and widely enabling screening services.

The new partnership between GE Healthcare and ATC, which was announced at Arab Health 2017, is slated to provide various healthcare technologies, including healthcare IT systems, and CT and MRI devices, to upgrade the present infrastructure at Al-Razi Hospital Sabah Hospital, Kuwait Cancer Hospital, Farwaniya hospital, and Jahra Hospital.

The Sabah Hospital contract comprises the supply of diagnostic imaging, ultrasound and healthcare IT, as well as GE Healthcare’s SIGNA Architect, the Middle East’s first surgical MRI. The contract for Jahra Hospital includes the supply of all these technologies, as well as GE Healthcare’s SIGNA PET/MR, the first-ever integrated, simultaneous PET/MR system for imaging soft tissue as well as functional and structural details, in the Middle East region.

David Mezher, General Manager, GE Healthcare Middle East, said, “The significant improvements in hospital infrastructure will help to improve healthcare outcomes both for Kuwaiti patients and for the healthcare system as a whole.”

Ghassan M. Mamlouk, the CEO of the Advanced Technology Company, said, “The Kuwait Development Plan serves as a roadmap for the Ministry of Health to usher in a new era of growth for the country with a focus on greater efficiency. Our investments in new healthcare infrastructure and our partnerships with the private sector are aimed at creating a better patient journey across all touchpoints. The introduction of advanced technologies by GE across five hospitals commissioned by Ministry of Health will ensure timely care and enhanced service standards for patients.”

Study Finds Most Healthcare Institutions Plan to Use AI and Develop Own AI Algorithm
A new study of healthcare professionals has revealed that Artificial Intelligence (AI) is widely expected to drive important benefits across the health system, from increasing efficiency to improving patient outcomes, but may also be the key to making healthcare more human. AI’s benefits range from increasing the amount of time clinicians can spend with patients and on cross-care team collaboration to enhancing the ability to deliver preventative care.
Read More
GE Healthcare and Affibody Collaborate to Develop PET Imaging Tracers
GE Healthcare and Affibody AB have entered into a strategic collaboration to develop and commercialize Affibody-based PET imaging tracers, with initial focus on HER2 and PD-L1.

Read More
GE Healthcare and ESR Enter AI Partnership for ECR 2019
GE Healthcare (Chicago, IL, USA) and the European Society of Radiology (Vienna, Austria) will be partnering on artificial intelligence (AI) for the upcoming European Congress of Radiology (ECR) to be held in Vienna, Austria on February 27-March 3, 2019. The partnership will include joint sessions on AI and a dedicated space at GE Healthcare’s booth where visitors will be able to experience the AI transformation through interactive tools.

Read More
GE Healthcare to Implement First AI-Powered Hospital Command Centers
GE Healthcare is collaborating with hospital service providers in Europe and the US for implementing an artificial intelligence (AI)-powered command center to effectively and efficiently synchronize all elements of a patient's hospital experience. The AI-powered system will support caregivers to enhance patient safety, orchestrate seamless care delivery and get patients back home sooner.

Read More
GE to Spin Off Healthcare Business
In line with a sweeping strategic reorganization, General Electric Company has announced the decision to spin off its Healthcare business segment as an independent company. The move comes on the heels of a lengthy managerial review conducted by GE management under newly appointed CEO John Flannery.